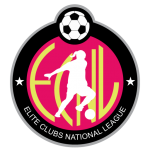 WHY DID MY SON/DAUGHTER'S TEAM CHANGE?

US SOCCER AGE GROUP CHANGES AND HOW IT AFFECTS US:

In August, 2015, United States Soccer Federation announced their “Player Development Initiatives” which are sweeping changes that will fundamentally change youth soccer in our country.  These changes, which were implemented on August 1st, 2016, fell into two categories, one with how the age groups are organized and the other has to do with the formats of games from U6 to U12.  Here is the link to the press release from US Soccer.  http://www.ussoccer.com/coaching-education/resources/2015-player-development-initiatives

These changes been approved for adoption by all national organizations, USYSA and US Club, our state association, EPYSA, and by every league in our state association, including ICSL, EDP, MAPS, DELCO and PAGS.  Effective, August 1st, 2016, all teams must be formed using the new mandated birthdate age groupings.

The new system does simplify one thing, all kids born in the same year will be playing in the same age group.

Another change mandated by US Soccer has to do with how games are played at the youngest age groups, U6 through U12.

The following changes will be put into effect as of August 1st, 2016.

U11 and U12 will play 9 v 9 (with goalkeepers) as opposed to the 8 vs 8 they have played in the past.  The goals will be smaller than current 8 vs. 8 size but the field will be about the same size as our current 8 vs. 8 fields.

The changes to the U6 through U12 age groups have been universally applauded.  The guiding principle is that fewer players on a field provides for more touches for each player.  The smaller field puts a premium on individual technical skill.  The combination of both, creates a better developmental environment for all.

Our goal is to effectively implement the US Soccer Player Development Initiatives through communicating with our membership and creating opportunities for families to experience the effect of these changes as they are implemented.  Please feel free to contact me if you have any comments or questions regarding the US Soccer Player Development Initiatives.

What is Intramural Soccer?

Intramural soccer is the basis and starting point of your young child's soccer career. FSC will provide training and will schedule small sided games to help develop your child in soccer.  This is not all about winning and losing but having your child start to learn the game and become comfortable with the ball.  We encourage the kids to learn and most of all have fun..

What is Pre-travel Soccer?

This is something offered to our U7 (spring only) & U8 age groups.  This is additional training and games that is made to prepare your child for Competitive Travel Soccer, which starts at age U9.  We encourage children that are more interested in soccer at a young age to join.  The format is similar to Travel soccer as you will practice during the week in addition to any Intramural practices and you will play home and away games on Sunday's against other Long Island teams.  Your child's team may be entered into tournaments thru out the year and play against other Pre-travel teams. This is an excellent way to help give your child a "step up" before Travel soccer tryouts that start at U9.

What is Travel Soccer?

This is a very long answer so let me shorten it.. This is the next step in soccer as your child is getting older.  Travel Soccer is a commitment, both financially and time wise.  This is the point where it becomes a bit more competitive and teaches your children not only the basics but more skill, conditioning, and the drive to excel to win.  There is much to learn in winning but equally as much to learn in losing a game,  they will learn both. This level of soccer plays all year with basically 2 months off. (August and December).  They train both indoors and outdoors, play league games all over Long Island,  play in tournaments both locally and sometimes out of state.  The cost is a monthly charge based on the cost of your teams trainers, Tournament fee's, league fee's, uniforms etc..  Your child will no longer play in the Intramural program at this point.  Your team will train 2-3 times a week and play on the weekend.  This is where they will learn to go to the next level in soccer.  Although this is a commitment, it is truly a great experience for your child as they learn and grow over the years with team members, coaches, etc..  Your child will try out for the team each year and may continue all the way through to Collage.(hopefully with a soccer scholarship) Last years Farmingdale Soccer team that "aged out" was the  Farmingdale United.  Out of the 20 kids on the team, 13 received Division 1 collage scholarships, and 7 received Division 2 Collage Scholarships!  This is a great example of what the hard work of the kids and the commitment from the parents can produce!

The 135 League is basically the Intramural level as the children get to the age of u9 and up. This is an alternative to Travel Soccer.  This team will consist of kids from a few different situations:

1-They may have not chose or been chosen to participate in the travel team that year and would like to continue playing soccer to learn, get better and prepare for tryouts next year.

2-Some kids may have the skill level to play Travel Soccer but might not be able to make the commitment time wise.

3-Some kids might enjoy playing the game but are not looking for a very competitive atmosphere or may not be looking to travel very far for games.

Whatever the reason may be, we at Farmingdale Soccer Club what these kids to continue to play the game and we will provide an environment for them to do so.  They will have optional practices and will play games on the weekend.

What age group is my child for Intramural soccer?

What age group is my child for Travel soccer?

Get your free Kids Guide to the Tokyo Olympics. Over 100 pages of games, puzzles, trivia and more!Download